Why I love Ropes and Slings Yoga 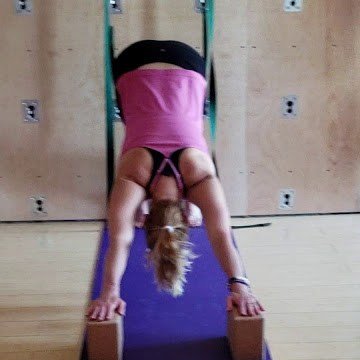 Truly there is nothing like it.  I cannot seem to find a way to replicate the openness and length the body gets with the Ropes Wall.  Originally designed by B.K.S. Iyengar it has unlimited potential for ALL and I mean ALL.  For those just starting out it is good for support and structure.  For people who who have injuries, spinal issues or chronic pain the ropes wall can target areas traditional yoga just can’t no matter what style you practice.  And for the advanced yogi the wall helps the body access and deepen stretches to achieve postures like King Pigeon 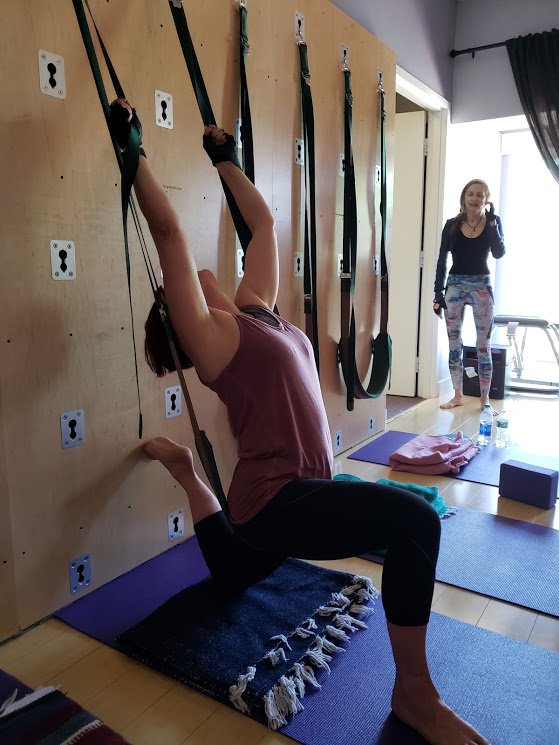 and Wheel.  With all the sitting, driving and texting we do we have to find ways to bring ourselves upright and back into better posture.

The best way the ropes wall does this is by allowing us to be passive and soften into postures so our body can relax and unwind all the tension it’s been holding without forcing or pushing into something new.  Water does not flow the way you force it to but rather it finds the path of least resistance.  Our bodies aren’t much different.  They like to take the path of least resistance.  Just think of the effort it takes to get up and change the channel.  Ergo the remote.

If you think it’s not for you think again.  I’ve had 6’4″ men on it, students with scoliosis on it, 85 year old women on it and others who were terrified find their way to loving the wall and what it does for their body and getting them out of stiffness and pain.  In fact one student felt as though her organs had more space in her body.  This might be true.

There is a stillness when practicing on the wall.  I suppose it’s due to the space that is created in the body the joints and the mind itself for possibility and ease.  Find a class either with us or a studio near you, you won’t regret it.

Ready to find your center?